Disciples of the Lord

Join me today to learn about the 12 apostles of Jesus 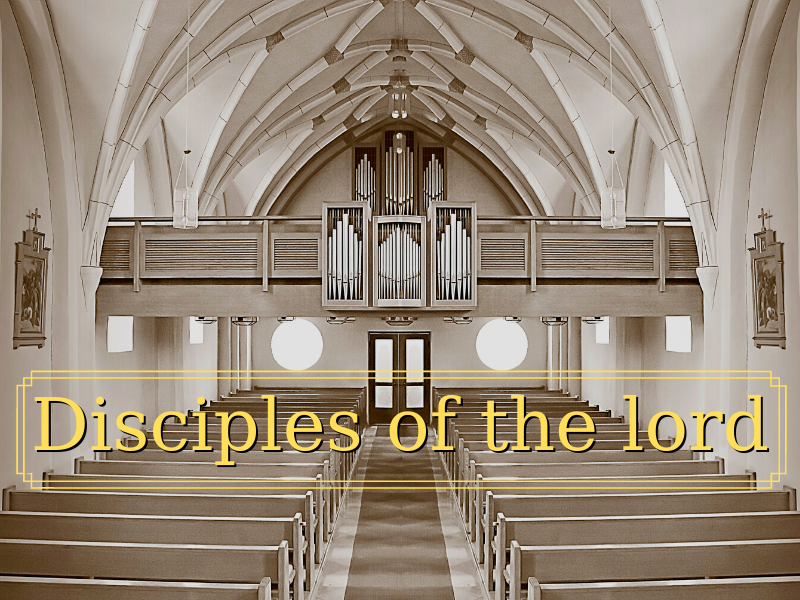 ​
Here are the names of the twelve Apostles
1- Simon Peter (Peter). Humble apostle. Jesus called him the rock, also known as Simon son of Jonah. He was a fisherman from Bethsaida in Galilee. Has been crucified upside down. According to church tradition, he told the executioners that he felt unworthy to die in the same manner as Jesus, the way his Master died. Fruits of the spirit wall art
2- Andrew (Andre). The apostle is rich in friendship. Peter's brother, a fisherman of Bethsaida. He was crucified on an X-shaped cross in Patras, Greece, after being beaten to death by seven soldiers. The people used ropes to tie his body to the cross to prolong his suffering. His disciples reported that, as he was led before the cross, he respectfully saluted the cross and said these words: “I have longed and anticipated this hour of joy. The cross was consecrated by the body of Christ hanging on it.” He continued to preach to the executioners for two days until he was out of breath.
3- James the Great (James the Great). High apostles. Son of Zebedee, brother of Saint John. Was a fisherman when Jesus called him to be a disciple and devoted his life to the mission of evangelization. A courageous leader of the Church, James was beheaded in Jerusalem. The Roman soldier tasked with guarding him was amazed to see the saint defend his faith before the court. Later, this soldier accompanied James to the place of execution. Convinced by his faith, he himself professed his new faith to the judge and knelt beside Saint James to accept his beheading because he was a Christian.
4- John (John). Apostle of love. Son of Zebedee, called the Beloved Disciple by Jesus. Facing martyrdom while being cooked in a pot of boiling oil during religious persecution in Rome. But strangely, he was saved from death. John was sentenced to work as a miner in the prison camp on the island of Patmos. Here He wrote the book of Revelation filled with prophecies. John was released and returned as Bishop of Edessa, Turkey. He died of old age. He was the only apostle who died peacefully. Jesus and lion canvas
5- Philip (Philippians). Practical apostles. The man of Bethsaida of Galilee was crucified.
6- Bartholomew (Batoomeus). Dream Apostle. Talemai's son. He testified for the Lord in Turkey. Bartholomew was martyred for preaching in Armenia, where he was whipped to death.
7- Thomas (Thomas). Doubtful apostle. The only saint who did not believe in the Risen Lord, and later did because he had put his hand in the wound in the Lord's side. He died of a spear in India, on a missionary trip to establish a church in the subcontinent.
8- Matthew (Matthew). Apostles are saved. Tax collector, son of Alphaeus. Martyr in Ethiopia, died of a sword wound.
9- James (James). Nameless Apostle. Son of Alphaeus. As the church leader in Jerusalem, thrown more than a hundred feet from the southeast at the top of the Temple, he refused to deny his faith in Christ. When it was discovered that he was still alive despite being thrown to the ground from above, his enemies beat him to death with a mason's staff. The top of this temple is also the place where the devil had previously brought Jesus up to tempt Him.
10- Thaddeus (Taddeus). Faithful apostle. In the Gospel of Luke, it is called Judas, son of James. Crucified.
11- Simon. Enthusiastic apostle. The Canaanites were crucified.
12- Judas Iscariot (Judas). Betrayal Apostle. He handed Jesus over to the Jews, then repented and went to hang himself.
13- Mathias (Matthias). Alternative apostle. Replaced the betrayed disciple Judas, stoned and beheaded.

Was Matthias or Paul the apostle who replaced Judas? I think Paul. God said wait. They did not and picked Matthias, never heard from again.​