Not Heaven or Hell

Staff member
Clearing up Confusion about Heaven and Hell Revelation 20:11–21:4

March 1, 2017 by Bob Wilkin in Grace in Focus Articles 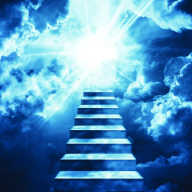 ​
• People’s skin is on fire.
• Fire shoots from the noses, mouths, eyes, and ears of people.
• The physical pain is worse than any pain ever experienced in this life including childbirth, kidney stones, and torture.
• The pain is intolerable all the time and never lessens.

In an article on hell in The New International Dictionary of New Testament Theology (NIDNTT) Bietenhard says, “In contrast with later Christian writings and ideas, the torments of hell are not described in the New Testament” (Vol 2, p. 209).
While it might be possible that some of those popular ideas are true, if they are not found in the Bible, we should back off on saying “Thus saith the Lord” when it comes to speculation, which is what that is.
Let’s start by looking at three leading passages in Scripture about hell. 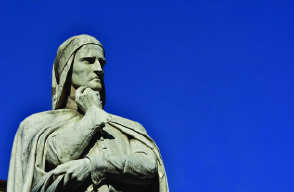 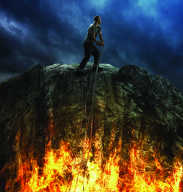 Practical Concerns about Hell
There are practical problems if our view of hell involves too much or too little torment.
If we believe and teach that the torment in the lake of fire will be worse than what the Bible actually says, these practical problems result:

​
1. We will hinder our evangelistic efforts with some, if not many, people (unless we do not share our view of the lake of fire). If an unbeliever is presented a view of hell that is far worse than the Bible portrays, he may be repelled from Christianity entirely. Many people under forty today are turned off by the medieval view of hell. They figure that nothing could be worse than what Hitler or Stalin or Pol Pot did. They cannot conceive of God as doing something to people that is more painful that what these men did. Thus they reject hell, and sometimes with it heaven, the kingdom, life after death, and Christianity.
2. A secondary problem is that this teaching of hell is normally not coupled with the message of justification by faith alone. Instead, it is routinely joined with a call to turn from one’s sins, give one’s life to Christ, follow Him, and serve Him. The message of an intolerable eternity fits well within works salvation, but not so well with justification by faith alone.

If our view of hell is too lenient there are also practical problems:

​
1. If a person teaches the view of annihilationism or no conscious torment, his listeners would certainly be less concerned about their eternal destiny and the possibility that they may be wrong than they would be if they had been presented with a Biblical view of hell and the lake of fire. There are many people who are not too bothered by an eternal loss of consciousness or ceasing to exist.
2. The listener might well doubt the truthfulness of the Bible. If the listener knows that the Bible speaks of eternal torment, and yet the evangelist speaking to him says there is no eternal torment, then how does he know if anything else the Bible says is true?

Conclusion
When an English reader of the Bible sees the words heaven and hell, he should not simply assume he knows what is meant.
Heaven has three main meanings in Scripture: the sky, outer space where the stars and planets are, and the place where God’s shekinah glory is and where believers who have died currently are.
The third heaven will not be the eternal dwelling place for believers. Believers will spend eternity on the new earth, which is where the Lord Jesus will be.
Prior to Jesus’ ascension into heaven, hell/Sheol/Hades was the place of all who had died, both believers and unbelievers.
Since Jesus’ ascension, there are no believers in hell/Sheol/Hades. It only holds unbelievers who have died.
The current experience of unbelievers in hell is bad, but bearable.
Unbelievers will spend eternity not in hell, but in the lake of fire.
The eternal experience of unbelievers in the lake of fire will be bad, but tolerable.
It is time that we move back to Scripture in order to understand what heaven and hell really are.
____________________
Bob Wilkin is Executive Director of Grace Evangelical Society. He lives in Highland Village, TX with his wife of 40 years, Sharon. His latest book is What Is the Outer Darkness? (co-authored with Zane Hodges).
*This article is condensed from chapters 5&6 of The Ten Most Misunderstood Words in the Bible (Denton, TX: Grace Evangelical Society, 2012).
1. The words “in this flame” mean he is living in a fiery place. It is hot there, hence his thirst. If he had been literally on fire as some might think, then he would not have been concerned about being thirsty.
2. It should be noted that many commentators suggest that vv 12-15 also refer to the king of Babylon. In this view the designations Lucifer (NKJV) should be translated as day star or morning star and is being used figuratively of an earthly king, not of Lucifer himself. However, there is good reason to believe that vv 12-15 do refer to Lucifer. Compare Ezek 28:12-15.
3. Henry Buis, The Doctrine of Eternal Punishment (Philadelphia, PA: P&R Publishing, 1957).
4. Ibid., p. 67.
5. Brennan Manning, a promoter of contemplative spirituality, has promoted this view for years and has won many Evangelicals to his view. Many in the contemplative spirituality movement believe in either universalism or annihilationism. In March 2011 famed emerging church pastor Rob Bell, pastor of a church of 10,000, released a book in which he argues that unbelievers will not spend eternity in hell. Many others in the emerging church movement have rejected the idea of anyone being tormented forever.
6. Kenneth D. Boa and Robert M. Bowman, Jr., Sense and Nonsense about Heaven and Hell (Grand Rapids, MI: Zondervan, 2007), p. 119.
7. Ibid., p. 115.